The UK Prospective Diabetes Study (UKPDS) was a landmark randomised, multicentre trial of glycaemic therapies in 5,102 patients with newly diagnosed type 2 diabetes. It ran for twenty years (1977 to 1997) in 23 UK clinical sites and showed conclusively that the complications of type 2 diabetes, previously often regarded as inevitable, could be reduced by improving blood glucose and/or blood pressure control.

The UKPDS was designed and run by the late Professor Robert Turner and Professor Rury Holman.

Reducing glucose exposure (HbA1c 7.0 % versus 7.9 % over median 10.0 years), with sulphonylurea or insulin therapy, reduced the risk of “any diabetes-related endpoint” by 12% and microvascular disease by 25%, with a 16% trend to a reduced risk of myocardial infarction (P=0.052). Post-UGDP (University Group Diabetes Program) fears that sulphonylurea or insulin therapies may be harmful were allayed, as no increase was observed with these agents in the incidence of cardiovascular deaths, myocardial infarction or sudden death. Although neither of these therapies impaired quality of life, both increased risk of hypoglycaemia and weight gain.

In an embedded study of 1,148 hypertensive patients, improving blood pressure (142/82 mmHg versus 154/87 mmHg over median 8.4 years) with an ACE inhibitor or a beta blocker, reduced the risk of both microvascular and macrovascular disease. A cost-effectiveness analysis showed that cost savings from the reduction in diabetic complications outweighed the cost of the additional medication required, but not the extra staff costs involved.

When the intervention trial finished in September 1997, all surviving UKPDS patients were entered into a ten-year, post-trial monitoring programme. This was completed in December 2007 with the results to be presented at the September 2008 EASD meeting.

The UKPDS Post-Trial monitoring results showed continuing benefit of earlier improved glucose control, with maintenance of the relative risk reductions reported in 1998 for any diabetes related endpoint (9%, P=0.04) and microvascular disease (24%, P=0.001), despite loss of within trial blood glucose and antihyperglycaemic therapy differences – a legacy effect.

The UKPDS Post-Trial monitoring results showed continuing benefit of earlier metformin therapy, with maintenance of the relative risk reductions reported in 1998 for any diabetes related endpoint (21%, P=0.013), myocardial infarction (33%, P=0.005) and all-cause mortality (27%, P=0.002), despite loss of within trial blood glucose and antihyperglycaemic therapy differences – a legacy effect. No significant changes were seen during or after the trial with respect to microvascular disease.

The UKPDS Post-Trial monitoring results showed that the risk reductions reported in 1998 for any diabetes related endpoint and for microvascular disease were not maintained following the loss of within trial blood pressure and antihypertensive therapy differences. No significant changes were seen during or after the trial with respect to myocardial infarction or all-cause mortality. 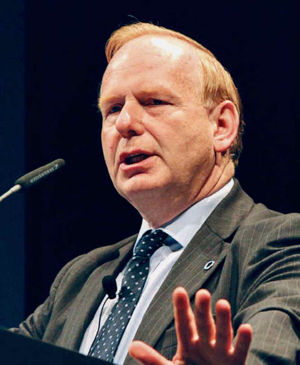 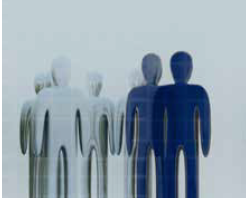