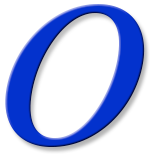 UKPDS Outcomes Model v2.1 is an update to v2 with many useful features and enhancements.

UKPDS Outcomes Model v2 (OM2) is a completely new and revised version of the original model. The equations and details are described in full in UKPDS Paper 82 (Diabetologia 2013;56:1925-1933).

Corrected an issue on page 17 of the manual (Example #1) where the example incorrectly stated that the age entered should be 60. The correct value is 59.

There is now an option to run the Standalone Implementation of the model without user intervention from the command line and other suitable applications.